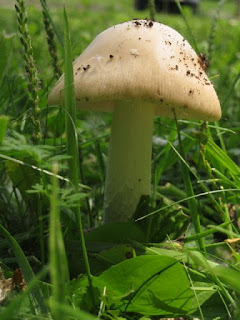 This year, maybe because of our super long and wet spring, the fungi group has flourished in my yard and neighborhood.  Such variety this year!

The one pictured above is probably the most stereotypical mushroom of the bunch.  The variety beyond that seems to go on forever.

This is an interesting community, seen in a nearby parkway. 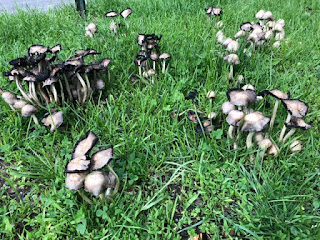 Hmmmm.  I've looked at these several times now, and just realized that what I thought were two varieties, may actually be two stages of a single variety.  They come up closed, then open up flat.  In any case, I love these ruffled edges!

See how this clump also has short closed ones sprouting up.... 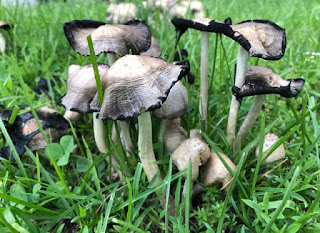 ....and in this clump of closed ones, there are a couple with edges starting to turn dark and ruffly. 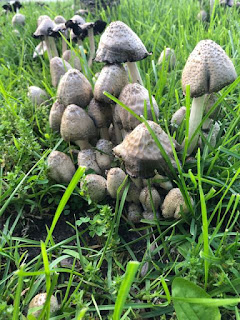 This one-of-a-kind was seen a couple of years ago. Interesting texture!  Makes me think of one-celled creatures under a microscope. 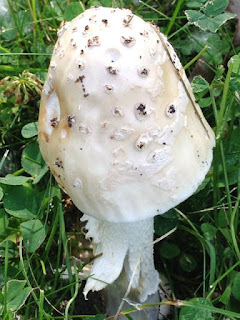 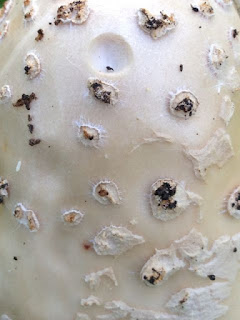 And this one-of-a-kind popped up this year, on the other end of the yard.  It came and went within one day.  Another amazing texture, like feathers! 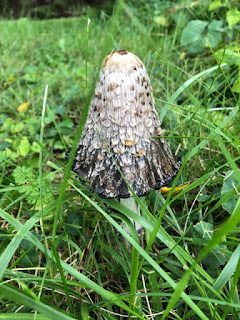 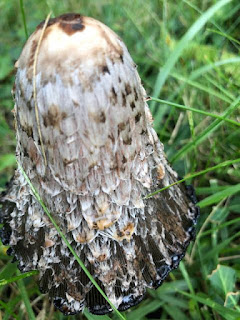 The tree stump in the backyard is doing a great job of feeding fungi.  Many sorts of diners!

A couple of years ago, a huge community of teeny mushrooms nearly ringed the stump. 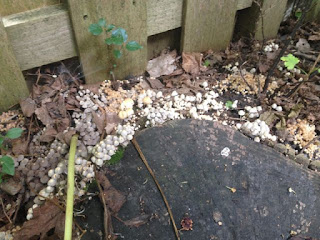 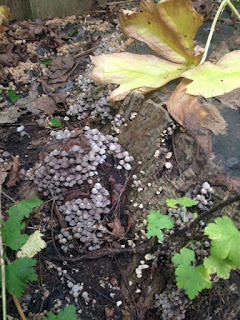 This year, in mid-August, these large platter fungi showed up.  They were huge! 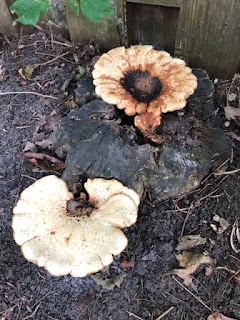 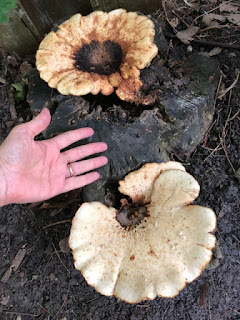 At the same time, there was this little furry fungus.  (That's my overexposed finger on the left for scale.) 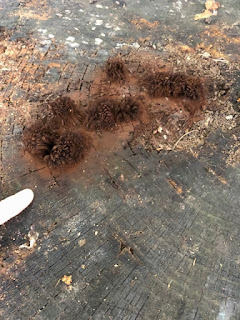 They were gone by early September, and three new varieties had come to dine simultaneously.

Here's a cluster of small, striped umbrella-shaped mushrooms, small but still significantly larger than the teeny ones of the earlier year. 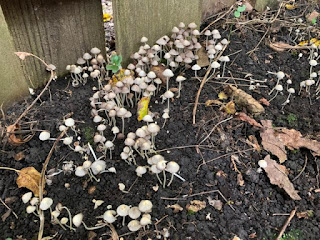 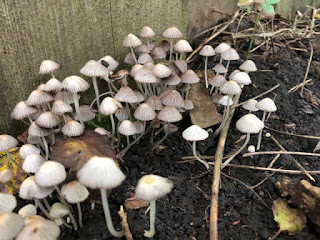 On the other side of the stump, there was a community of ruffly, layered, flat fungi. 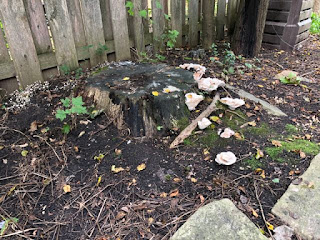 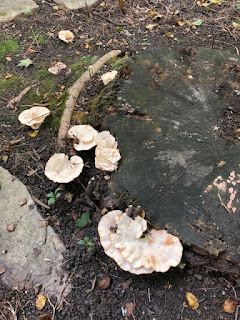 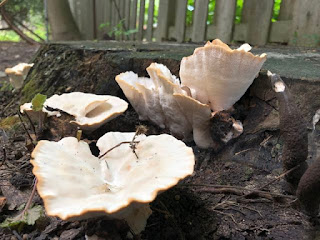 These remind me so much of undersea corals! 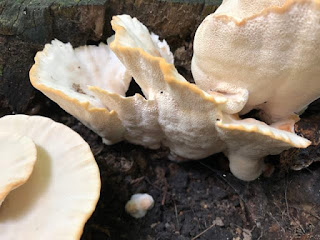 And here's someone else at dinner - a slug dining on the fungus. 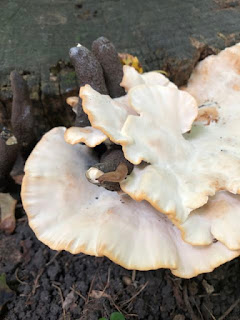 These coral-like fungi are extremely long-lived, especially considering how many others survive only a day or two.  They showed up in late-August or early-September.  By the end of September, they had changed into their fall color, just like the trees!  And the little stripey ones by the fence were long gone. 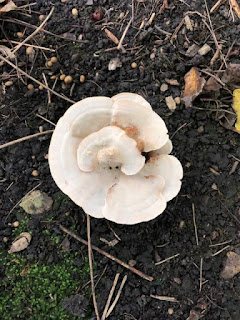 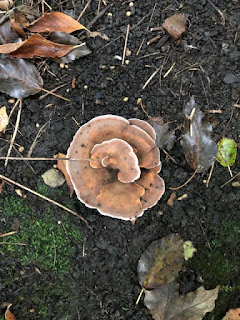 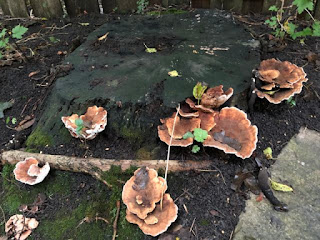 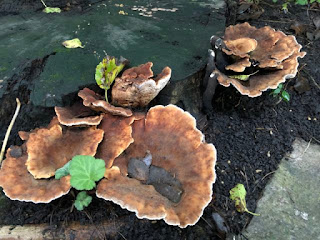 I have a pretty naturalistic yard.  I don't water or spray weedkiller or fertilizer.  I mulch the fall leaves with the mower, and occasionally sprinkle some compost around.  When we moved in, I planted ferns, wild geranium, false indigo, mayapple, trillium, squill, daffodils.  I tend to let "volunteer" plants grow a bit until I can decide what they are and if they are polite enough to stay and spread.  I weed out thistles because they hurt, buckthorn because it's invasive and rude.  This year, I welcomed Jack-in-the-pulpit for the first time!  I've got volunteer Queen Anne's lace (my personal namesake plant), mock orange, false Solomon's seal, a tiny black-eyed Susan type plant, both purple and white violets, something low-growing with a pretty purple flower....  The creativity of Mother Earth when left to her own devices is always a beautiful thing!

My friend Liz Zwiener created this lovely piece, using a similar fungus as inspiration.  It is a digital photo printed on fabric, stitched and bead embellished.  Yes, nature as fiber art.  Also always a beautiful thing. 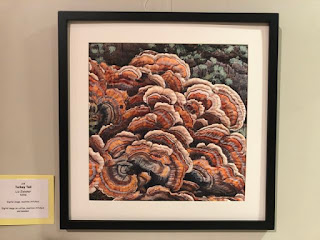