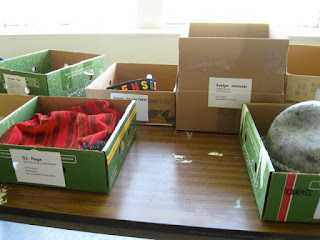 So.  What do you do when you have 26 young actors wearing 56 costumes and different sets of parents helping out on different days?  You get organized.  You get super organized.  Organizing the dressing room became nearly as big a job for this show as creating the costumes themselves.

Thin Ice Theater's "The Phantom Tollbooth" is in tech rehearsals this week, with performances this weekend.  Here's the grand scheme in the dressing room.  I'm happy to say that it is working like a dream, knocking on wood and all that.

Each character has a designated accessories box.  Each box is labeled with the actor's name, the character's name, the items it contains, and a list of the larger items for that character that are on the hanging racks.  The boxes are arranged in alphabetical order by actor's name.  56 characters = four tables of boxes! 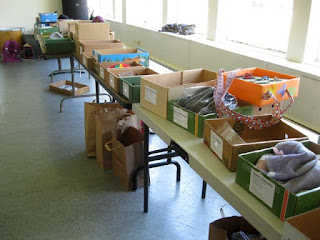 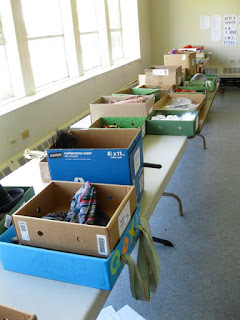 Here are the four hanging racks. 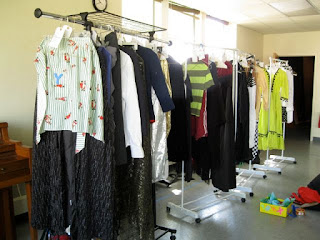 Each hanger has a hang tag labeled with actor, character, and item.  These are arranged alphabetically by actor also. 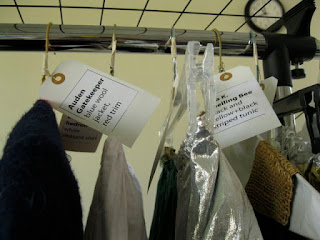 At the end of every rehearsal and show, anyone can easily check the labels and make sure that everything has been properly stowed away. 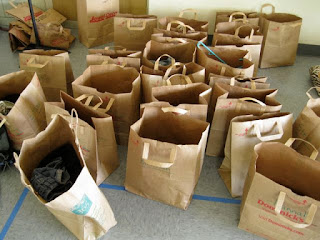 On the wall, I posted lists of what order the costumes are worn in, and also my costume sketches. 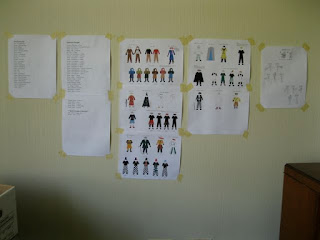 I must admit to spending way too much time on these little sketches.  I really enjoy them!  I posted them a while back, while things were still a bit in flux.  Here is the final version. 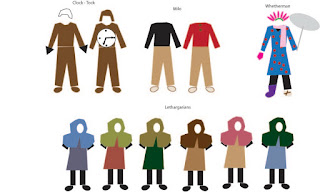 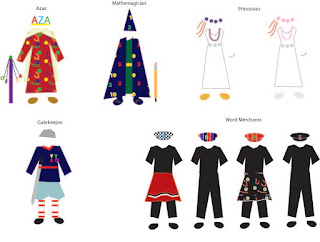 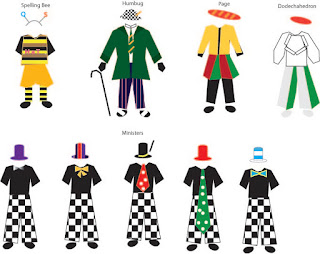 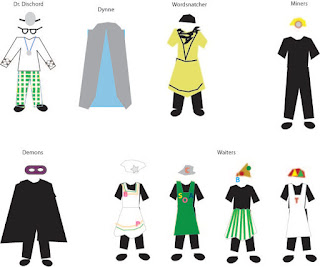 Our show plays this weekend.  I'll post photos of the performances soon after.