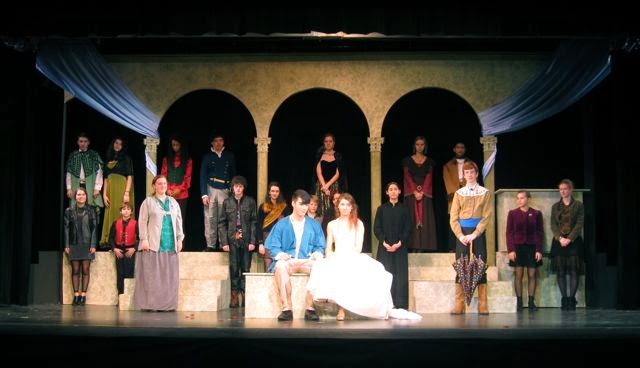 Last weekend, our high school students performed Romeo and Juliet.  They did a spectacular job with the deep emotions, the stage combat, and the lengthy script.  But what I am going to write about is the costumes.  Of course.

Well, even with our wonderful costume collection, this turned out to be quite a tall order.  I began to think of it all as a Project Runway challenge!  I could see the concept quite well in my mind's eye, but spent quite a while making long lists and sketches of costume items and trying to figure out how to bend them to this task.  I started my brainstorming with a Google image search for "haute couture Renaissance."  I suggest you try it - you'll see some really neat stuff!

At first, I thought I might mix and match Renaissance items with contemporary items, some in breeches, some in slacks, some in robes and tunics, some in dresses, and so on.  When we started trying things on the actors, it soon became obvious that this would look extremely awkward.  I ended up mostly using contemporary clothes and adding Renaissance-like accessories and embellishments.  That meant picking base items that had an overall shape that could be made to read as Renaissance-y.  For example, I steered clear of close-fitting, sheath style gowns, and chose gowns with more fabric in the skirts, with shaped waistlines, and so on.  I used large and/or long coats for the men, thinking both of portraits of Henry VIII, and of swirly, swashbuckling sword fights.  Many of the guys wore woman's things, as that's where the styles and colors show up in our era that are more akin the things worn by men in the Renaissance.

One of my concept goals was to have most of the characters in medium to dark and jewel tone colors.  Romeo and Juliet would be light and airy, especially to stand out against the crowd at the party scene where they fall in love at first sight.  They also became the only characters to have more than one outfit, to signify that they were the ones trying to move out of the social status quo. 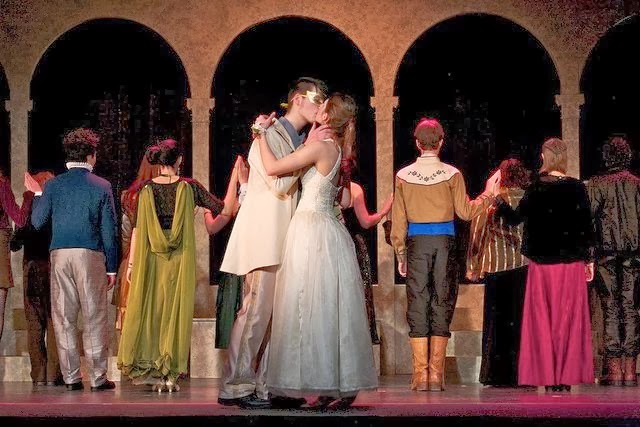 I thought about having the two families use identifiable color schemes, but decided to just let the colors of the costumes fall where they may according to what fit each actor.  I think an important lesson in the story is that the feud was over absolutely nothing, so there should be no really obvious marker that differentiates the two families.  As it turned out, the parents did match one another, the Capulets and the nurse in green and the Montagues in brown, but that did not carry through the rest of the family members and servants.

In the archways from left to right, the Capulets, the Princess, and the Montagues. 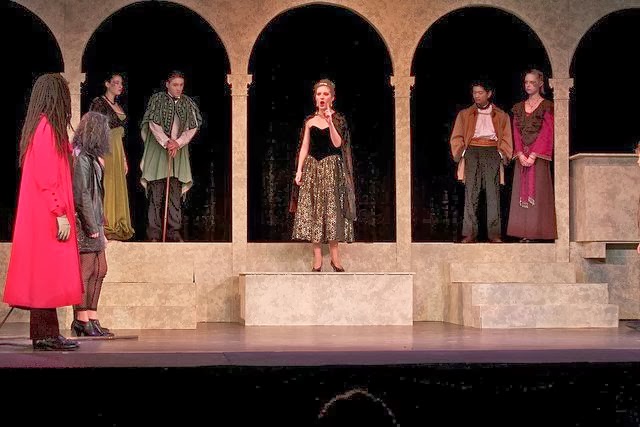 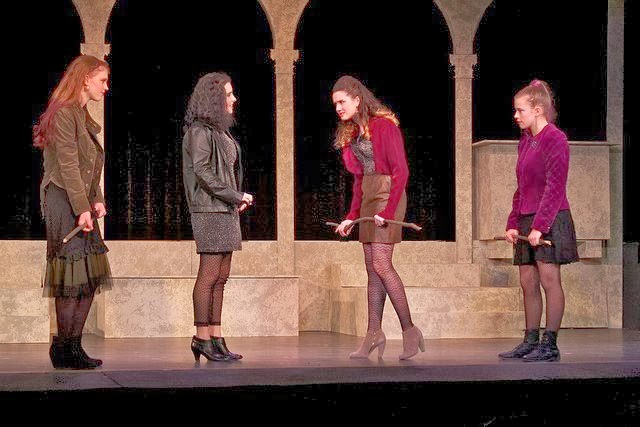 Benvolio, Romeo, Mercutio, Nurse, and servant Peter, with the huge fan than pretty much became a character in its own right. 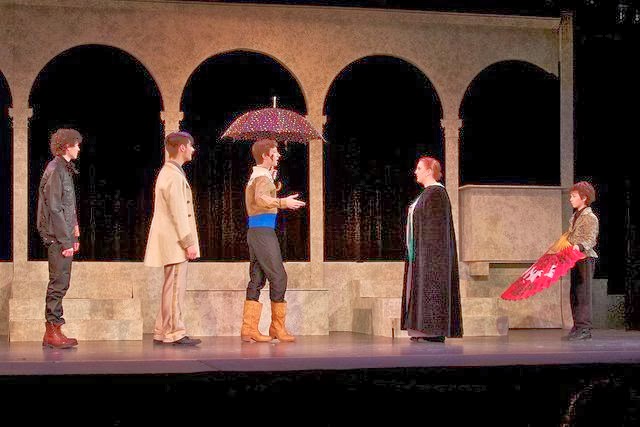 Juliet's faked death, with the musicians in the archways, Friar Lawrence, Nurse, and Paris. 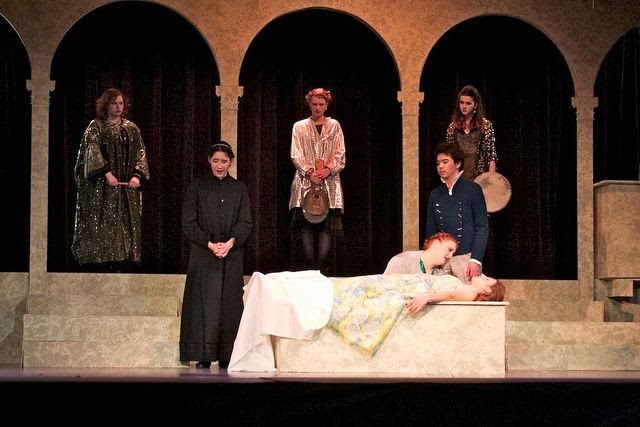 Paris and Romeo fight in the tomb. 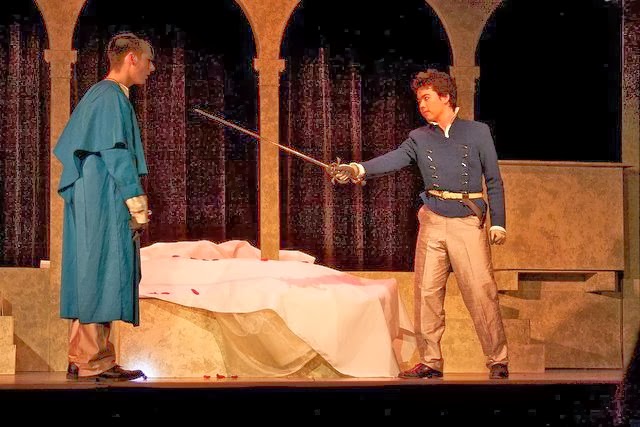 Photos and stories behind creating the individual outfits are in the following post.