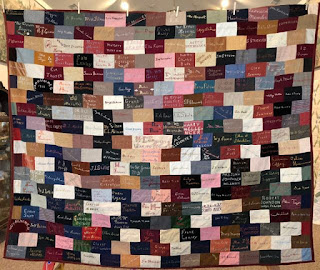 Well, well, well.  The story continues.  The backstory for this post can be found in two previous posts:

Flexner Family Names on a Signature Quilt
...in which researching names on a 1910 quilt traced the relationship between those people and my ancestors.

Family Names on a Signature Quilt - Part 2
...in which I was contacted by relatives of the people whose names are on the quilt, and they confirmed that whole new (to me) branch of my family.  The discussion left many more unanswered questions of the exact ties between the two branches.

And now for Part 3.  This chapter comes about because a second person came across these posts of mine while researching his own Flexner family history and wrote to me.  It didn't take much conversation to determine that we are indeed, also, related.  Our great-great-grandfathers (Moritz and Jacob) were brothers, so our common ancestors are our three-times-great-grandparents (Michael and Rebecca).  Isn't it marvelous to know the tree for that many generations?

A major question I had at the end of Part 2 was how the branch of the family on the Iowa quilt - descended from John Flexner - and my branch of the family - descended from Moritz Flexner - are connected.  The research of one of these new cousins of mine pretty well confirms that John was another brother of Moritz and Jacob.  They all emigrated and all headed branches of the Flexner family in this country.

My new-found cousin had traveled to the Czech Republic in 2019 as part of his research, and was able to locate and photograph the birthplace of my great-great-grandfather Moritz Flexner (b.1820) in Vseruby, Bohemia!  What a wonder!  He also found the birthplace of John and Jacob, in a different city, as the family had moved. 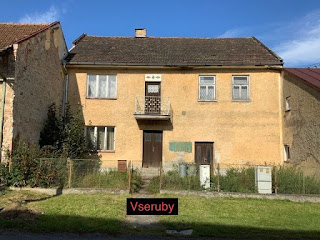 And now to solve another mystery.  This one concerns John's and Moritz's wives.  Julia Godshaw (from France, Iowa quilt branch) and Esther Abraham (from Germany, my branch) were also both immigrants, and each married a Flexner brother.  Julia married John and Esther married Moritz.  Family oral history and other hints in Ancestry say that Julia and Esther were cousins.  So I wanted to find out how their parents were related.  The answer came via a circuitous route.

Chapter 1.
The cousin who traveled to Czech Republic has now compiled an in-depth report of all the info he has found on the Flexners who settled in Louisville, KY, upon arriving from Europe.  In reading that, I discovered that he had not found one of my grandfather’s sisters, Bessie.  So I gathered her birth, death, married dates and sent to him to be added.

In the process of double checking all that, I came across some interesting new additions to Ancestry, including the army papers for Bessie’s husband, Milton G. Schwab.  And lo and behold, the G. is for…..Godshaw!!!!  Clear as day and signed that way by him!!!  (I'd always thought my mom was saying "Gottschalk", possibly because there's a Gottschalk Ave. in the town where I grew up.)

So I began to follow Milton's ancestry back.  Lo and behold, his mother’s maiden name was Pauline née Godshaw!  I pulled out the large format family portrait photo of that whole branch of the family, taken around 1924.  And there she is - Pauline!  (She is at the center left.) 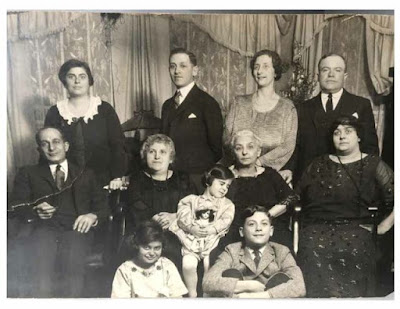 My mom had labeled the back of the photo.  You'll see that she wrote "Pauline G. Schwab". 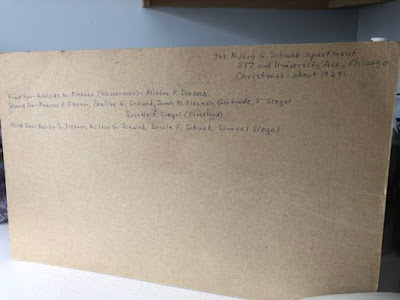 As a fun aside:  This was is the era of flash powder.  My Grandpa is holding the burned out match in his hand.  There are several hysterical outtakes of the times he didn't make it back to his seat in time.  And little Suzette in the center hated the flash.  So she's squinting her eyes and hugging her dolly.  I don't know about you, but I love old photos.  Being able to see the faces of the people makes these stories so much more tangible. 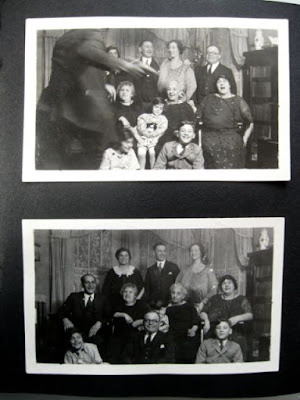 And here's a key to the folks in the photo. 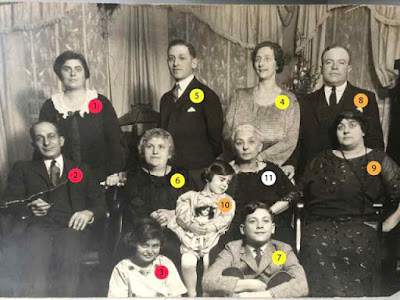 Chapter 2.
So my next step was to look back to Pauline’s parentage.  Turns out she and Julia Godshaw are sisters!!!  Boom!!!

Chapter 3.
So I assumed that Moses Abraham pretty certainly has to be connected to my great-great-grandmother Esther Abraham.  I checked into Moses Abraham’s family on other people’s trees, fully expecting to see a sister named Esther, but she was nowhere to be found.

I kept searching and finally found Esther’s connection in Esther’s own obit.  It says that she was survived by her brother Moses and a sister Fannie.  Fannie and Moses appear in all the Abraham family trees on Ancestry.  But for some reason, Esther was not found by any of the people making Abraham family trees.

I made a schematic of the intertwined connections.  I only included the people who are directly involved so that these connections are easier to see.  It's quite a tangle, even so! 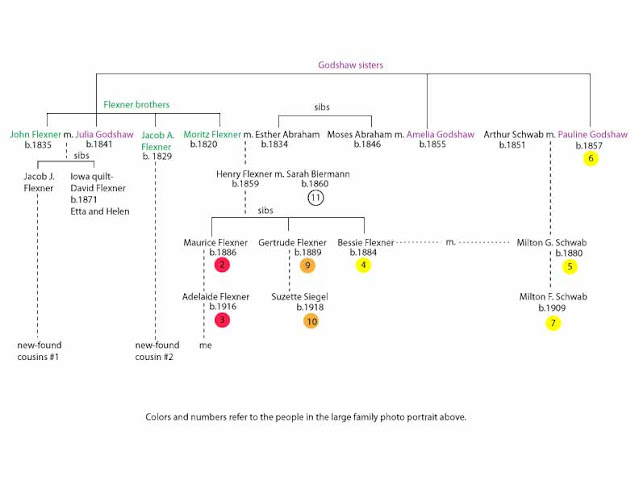