Today marks what would be my mother's 100th birthday.  In honor of her and my dad, whose 100th I missed a few years ago, I'm posting these photos.

These portraits, taken shortly after their marriage in 1946, stood on my mom's dresser. 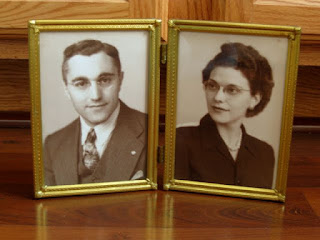 My mom was born and raised in Chicago.  I love this photo of my infant mom and my grandma, 1916.  Isn't my grandma's hat perfectly huge? 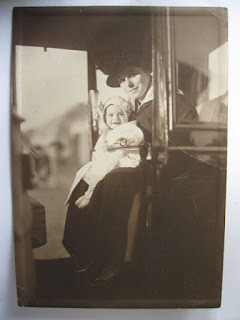 My mom, about age 3, and my grandma.  I always think this pose could have been painted by Mary Cassatt, such a lovely sense of motherhood and childhood. 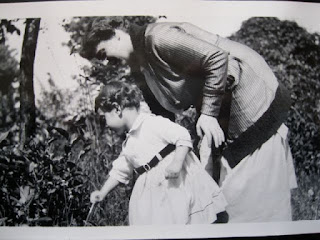 My mom, about age 4 or 5, showing that her love of literature started at an early age.  This would be about 1921. 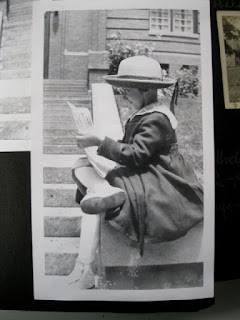 I think this photo is also worthy of a painting.  It is captioned in the album:  Not a pose - snapped writing "pomes" 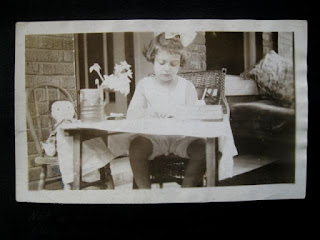 My dad was born and raised in Bamberg, Bavaria, Germany.  Here's the family peeking out of the windows of their home (my grandmother and grandfather in the left hand window and my dad, uncle, and great-grandmother on the right). 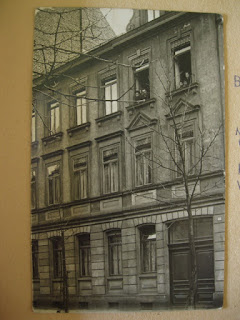 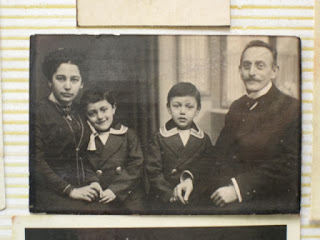 Here are just the two boys, my dad on the right this time.  I love their little matching suits. 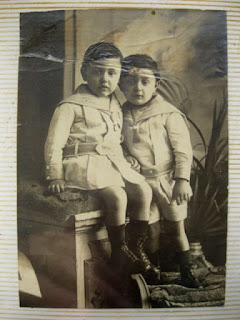 Here's my dad.  Looks like he's about 11 here.  So it'd be about the same year that my mom was photographed writing her "pomes". 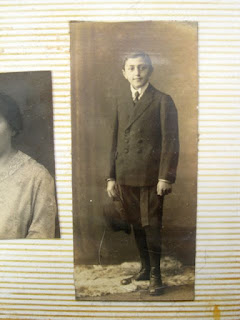 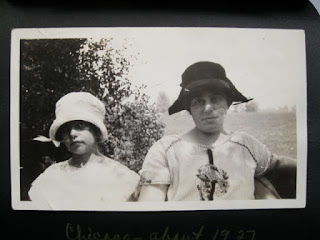 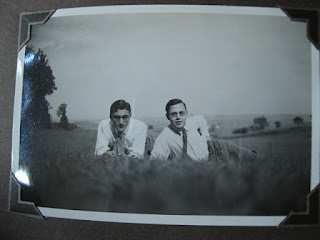 In 1939, my dad (with help from his brother, who had already made it to England, and his American cousin) escaped from Hitler's Germany aboard the ship Athenia.  It is famous as the first civilian attack of World War II, torpedoed in the North Atlantic the day after England declared war on Germany.  In a long saga, he did finally get rescued from the sea and made it to New York City via Halifax, Canada.  This photo was taken by the press as he was united with his cousin on the tarmac. 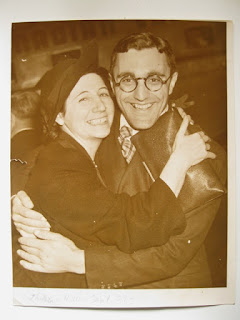 After a stint in the army, which earned him his citizenship, my dad made his way to Chicago in search of work.  There, he was introduced to my mom, who was teaching English to German immigrants, by a lady who seemed to know all the new arrivals and delighted in trying to match my mom up with a nice single man.  This match took. 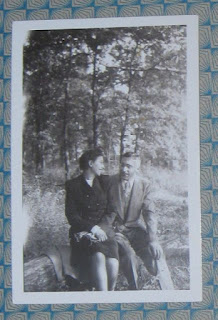 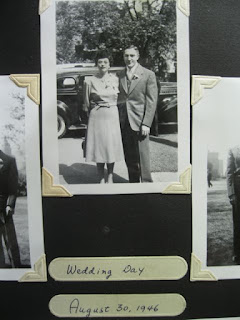 My mom, always a words person, was working as a copywriter for an ad agency.  My dad was an accountant and studied for his CPA shortly after their marriage.  My dad felt that to be really American, he needed a suburban house and lawn, a wife, a child, and a vegetable garden.  And that's where I came into the story.  My mom became a housewife, and then when I was about 12 she became a librarian.

In 1964, my uncle visited from England, the first, and sadly also the last, time the brothers saw each other after the war.  My uncle took this photo. 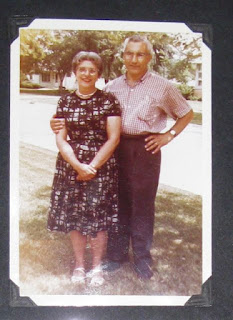 Memory nugget, my dad:  Spending his Sunday afternoons in the comfy chair at the living room window with his newspaper, his cigar, and his favorite classical music on the record player.

Memory nugget, my mom:  Often getting such a bad case of the giggles while trying to read Winnie The Pooh stories to me that she could hardly catch her breath and get the words out.

A hundred years is a long, long time, an amazing landmark birthday from which to contemplate their experiences and personalities.